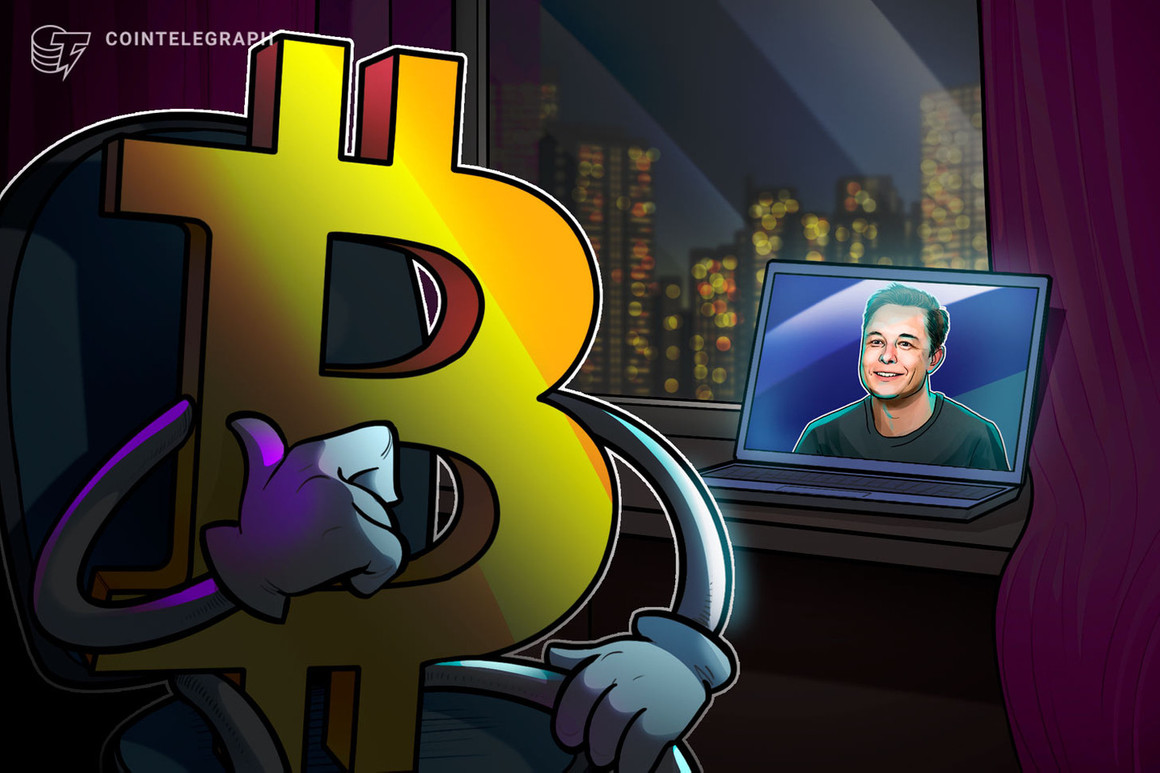 Tesla CEO Elon Musk, who has recently come to the fore with his statements on the crypto market and has been on the world agenda by purchasing Twitter, shared his predictions about Bitcoin in his response to a user named “@dawallach” on Twitter. Musk pointed out that Bitcoin will survive during the downtrend triggered by the post-crisis FTX bankruptcy between Binance and FTX. The world-renowned CEO added that a long crypto winter still awaits the popular cryptocurrency. 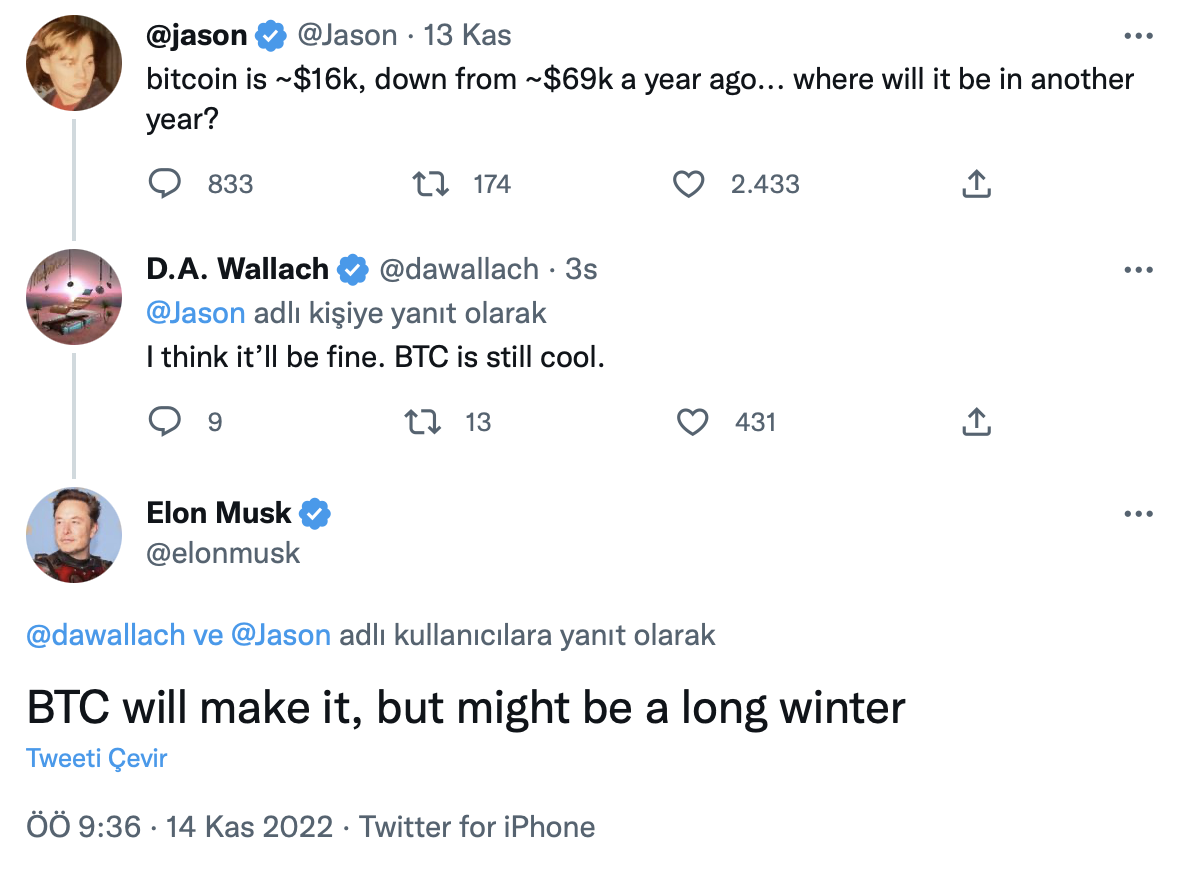 A user named “@dawallach” pointed out that Bitcoin has declined from $ 69 thousand, where it was traded 1 year ago, to $ 16 thousand. “I think it will be fine. Bitcoin is still fine” replied with his words. Elon Musk in his response to this post “Bitcoin will make it, but it could be a long winter” used the phrases.

On the other hand; Bitcoin is trading at $ 16,600 at the time of writing. However, the popular cryptocurrency had recently dropped to $15,000 for the first time in 2 years, following the developments that triggered the collapse of FTX. Researchers of JP Morgan, the largest bank in the USA in terms of market value, also predicted that Bitcoin could fall to the level of 13 thousand dollars due to the FTX crisis. The popular cryptocurrency, which has recently shown an upward trend and made investors smile, fell to the level of $ 15,632 on November 9, after the Binance and FTX crisis.