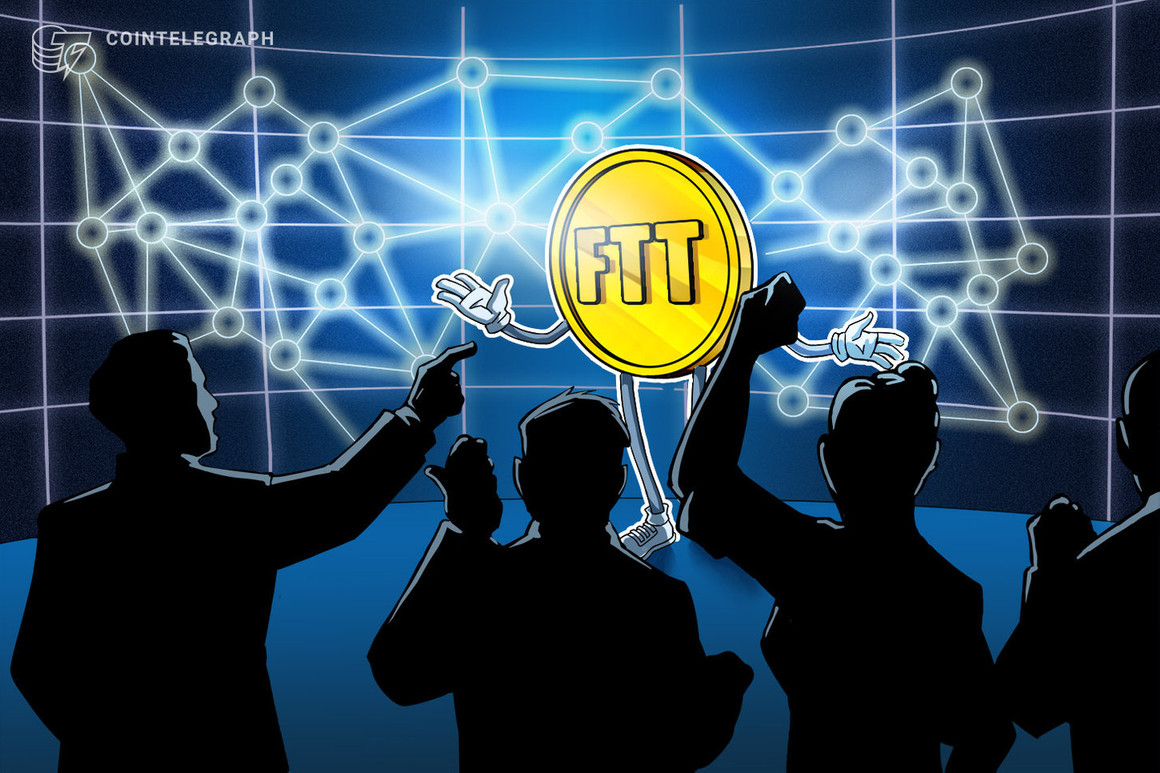 Binance, the world’s largest cryptocurrency exchange by trading volume, has stopped depositing funds for FTT, the native token of rival exchange FTX, which has filed for bankruptcy. The statement on the subject came from Binance CEO Changpeng Zhao. In a statement on his official Twitter account, Zhao said that they made the move in a suspicious way to prevent additional supply. The platform official added that they will monitor the situation. 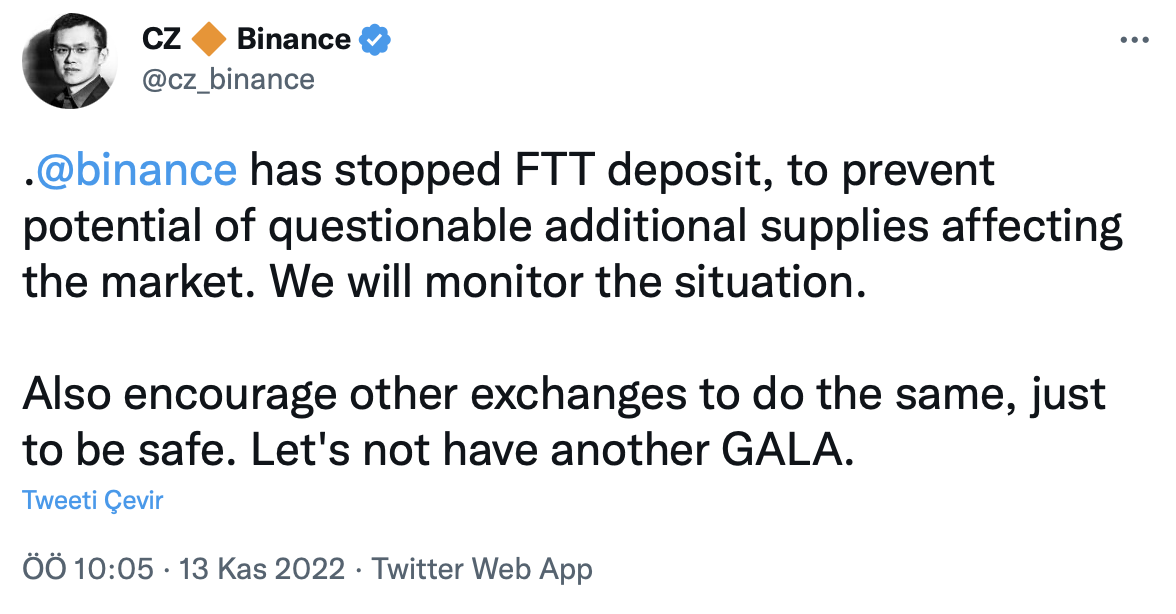 Zhao also urged other exchanges to make a similar move, expressing that FTT’s smart contract distributors are carrying the entire remaining $400 million worth of FTT supply and he is not sure what is going on. On the other hand; After filing for bankruptcy on November 11, FTX had determined that the exchange had been accessed without authorization. Analysts, on the other hand, stated that hundreds of millions of dollars worth of assets were moved from FTX under dubious conditions.

Recently, the cryptocurrency market has been shaken by news that indicates that 22 million 999 thousand 999 FTX native tokens (FTT) have been transferred to Binance from an unknown wallet. Upon this; Binance CEO Changpeng Zhao has announced that Binance will liquidate all of its FTT holdings. In his statement on the subject, Zhao said, “We learned a lesson from Terra LUNA; This is why we are leaving FTT”. The Binance CEO’s reference to Terra LUNA, which wiped out more than $40 billion from the cryptocurrency market this year, created a domino effect in the market as users who invested in the FTX exchange began withdrawing their money.

However, FTX was unable to meet this demand and withdrawals were slow. Later, on-chain data indicated that the exchange had completely stopped withdrawals. Meanwhile, the lack of any official statement from FTX scared investors. But later, Binance CEO announced their intention to acquire FTX, in a move that shocked the crypto community. This development caused a sharp drop in the market and over $132 billion was wiped out of the cryptocurrency market within 12 hours. Within 48 hours of the announcement, Zhao pointed out in another Twitter post that they gave up on purchasing FTX.

After all these developments, FTX CEO Sam Bankman-Fried fell from the list of billionaires, losing a significant portion of his personal wealth in just a few days. Bahamas-based FTX filed for bankruptcy in the US state of Delaware on November 11. The resignation of CEO Bankman-Fried also followed the filing for bankruptcy.