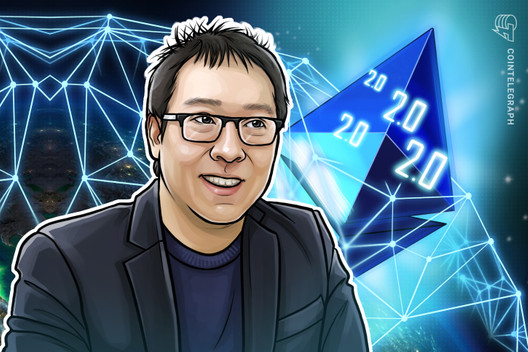 Bitcoin supporter Samson Mow touched on aspects of centralization that the upcoming Merge argues is not well known.

Ethereum started the countdown for Merge after the completion of the Bellatrix update on September 6. Merge will take place September 13-15, based on the network’s hash rate input. Merge will trigger after Total Terminal Difficulty (TTD) exceeds the value threshold of 58750000000000000000000.

While everyone was focused on the fact that Merge would be triggered by exceeding a predetermined difficulty threshold, Mow pointed out an often overlooked point. Mow said that node operators have the power to rewrite the TTD value with a single line of code.

a galaxy your blog post Citing reference, Mow pointed to the key centralization issue with Merge, claiming that Ethereum deliberately ignored this factor.

So how does the MeRgE actually get triggered? I was curious so I did some digging. I thought it may be set with a fixed mechanism or readiness threshold, but no. Someone, probably Vitalik, will just say “go” and then it happens. The complex charade is to mask the centralization. pic.twitter.com/PmxcTMU8J5

Saying that there are few authorized nodes on this subject, Mow suggested that the authorities can enter the real value for the activation time “whenever they want”. He explained that he found the creation of prediction sites for this date “ridiculous”.

Mow, reached by Cointelegraph, stated that the transition to proof-of-stake (PoS) will make the centralized aspect of Ethereum permanent.

Mow added that in the PoS system, node operators will only be responsible for decision-making, as can be seen in the TTD example.

“If ethereums really want to have something energy efficient, scalable and cheap, they can do R&D on second-tier technologies like Bitcoin’s Lightning and Liquid.”