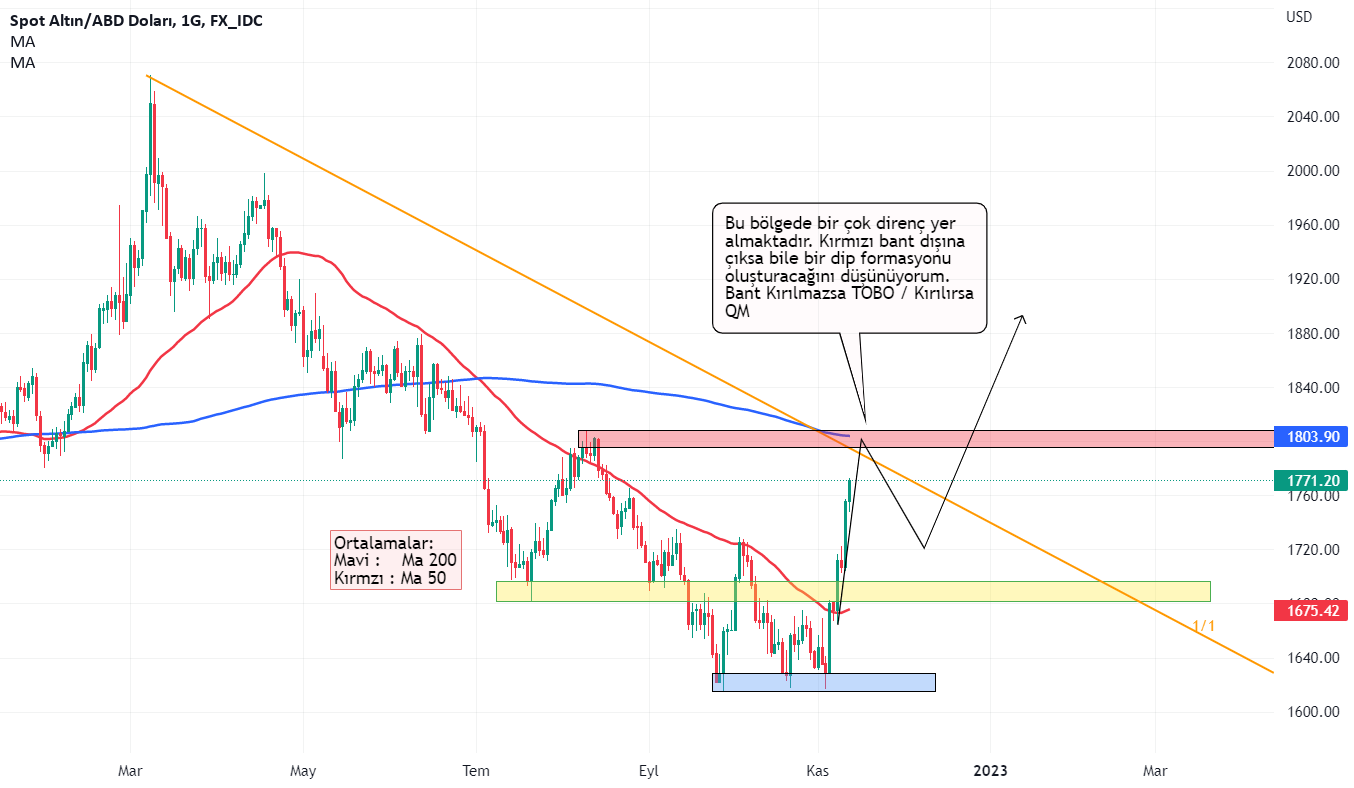 First of all, I would like to remind you that my study is not an investment, buying or selling advice, but a graphic price analysis study.

In this work XAUUSD I examined the (Ounce Gold) chart on a daily basis.

I stated below; In my response time analysis under ounce, I determined the response (wave 4) properly and indicated possible targets for the 5th wave. I was dreaming that wave 5 would be a little longer though. It went as far as the 1st wave and after the triple bottom formed in the blue band region that I mentioned in the chart, there was a sharp rise. Ending the downtrend of the elevation formed after the blue band, turning the direction upwards I’m thinking.

How will I follow the trend from now on?

It is necessary to see the bottom formations from the regions where the highs begin, and then support the new trend with new highs and lows. Thus, I aim to get the most out of the trend…
When I look at the areas where the chart will move upwards on the ounce gold chart, many resistance areas attract my attention. MA 200- Weekly Bollinger upper band – Fractal resistance zone and angular calculations … These zones are located in close places on the graph suggests the possibility that a correction may come from those regions.

Of course, this thought is a prediction I made before the graph was formed yet. I do not find it right to enter the transaction because the price has come to that region due to the foresight.. I need technical elements to support my prediction. (Isolated peak, inconsistencies, etc.). If these elements support my thinking, I wait for the structure I share to work and I look for a suitable region to be processed accordingly.

When analyzing an ounce of gold DXY I would like to remind you that we should not forget that it is in correlation with DXY I have also mentioned the work I did for it below. It seems that there is a short distance left to the area I specified as the first target. I think that a reaction rise in DXY will be in parallel with the resistance zone, which I think is close under Ons.

Our plans are ready. Now it’s time to follow the charts 🙂