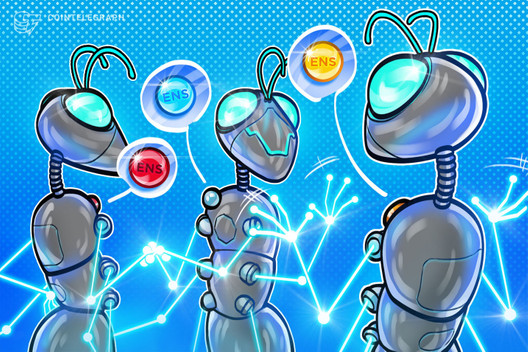 With simplified wallet addresses becoming more popular in the blockchain space, cryptocurrency exchange Coinbase has integrated the Ethereum Name Service (ENS) to give its investors usernames that they can use in place of traditional Coinbase crypto wallet addresses.

Coinbase exchange shares a in the shipment It announced that it will distribute “name.cb.id” usernames for free. Investors will be able to request new addresses and use them in transactions with Coinbase Wallet’s browser extension. Thus, investors will be able to send and receive cryptocurrencies using simplified usernames instead of normal 42-character addresses consisting of numbers and letters.

Coinbase also said that their integration with ENS is a necessary step in creating a more open financial system for the world. However, Coinbase sees the use of “human-readable” usernames as a step towards making the Web3 industry more user-friendly. The cryptocurrency exchange stressed that simplified usernames help take the strain out of sending tokens and NFTs using traditional wallet addresses.

In addition to being user-friendly, investors will also be able to leverage usernames as a foundation for creating an online identity, according to Coinbase. However, the company also acknowledged that this is only the first step and more needs to be done to address the “identity gaps” before adding billions of users to the Web3 industry.

Simplified wallet addresses have become quite popular in the current bear market. New ENS registrations were up 200 percent in a week last July, with a total of 126,141 registrations. This happened when the average gas fees on the Ethereum network dropped to $1.57 and the second most expensive .eth domain name was sold.