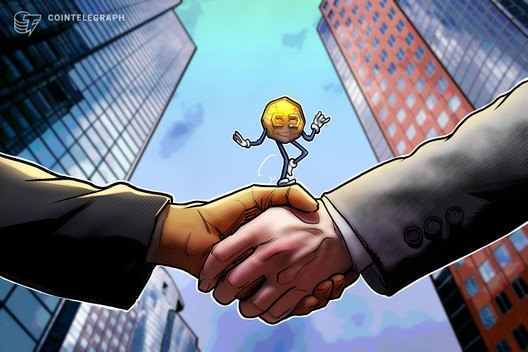 Canada’s cryptocurrency exchange landscape appears to be consolidating after Coinsquare, one of the largest digital asset trading platforms in the country, acquired CoinSmart for an undisclosed amount.

Coinsquare announced on Thursday that it has reached a definitive agreement to acquire all issued and outstanding shares of CoinSmart subsidiary Simply Digital. CoinSmart will have an approximately 12 percent ownership stake in Coinsquare once the deal is finalized.

Shares of the CoinSmart crypto exchange, traded on the NEO Exchange, rose 67 percent on Friday after this development.

With this acquisition, Coinsquare becomes one of Canada’s largest crypto exchanges, expanding its operations and trading capabilities. Founded in 2014, the exchange has expanded its service offerings to include individual and institutional trading, crypto payments, and digital asset custody.

CoinSmart was co-founded in 2018 by Justin Hartzman, who also serves as the company’s CEO. Hartzman is preparing to join Coinsquare’s management team following the acquisition.

As a public company, CoinSmart releases its financial statements quarterly. The company reported gross revenue of $16.7 million in 2021, up 357 percent year on year, in its annual summary released on April 1. The exchange’s individual trading volume, on the other hand, increased by 875 percent, possibly due to the 2021 Bitcoin (BTC) bull market.

Coinsquare is one of only two crypto exchanges operating in Canada to pre-register with their key regulators as they work towards full compliance with securities laws. These pre-registration requirements have been set by the Securities Administrators of Canada (CSA) and crypto exchanges are allowed to continue operating while the CSA is reviewing applications.

CoinSmart CEO, @JustinHartzman will be speaking on a panel @Futurist_conf talking about #web3 and the future of the Internet!

Eric Richmond, Coinsquare’s chief operating officer, revealed in an interview with Cointelegraph on the sidelines of the Futurist conference in Toronto in August that the crypto exchange was registered with the Investment Industry Regulatory Authority of Canada (IIROC) in November 2020.

From a general perspective, crypto adoption in Canada is increasing, while participation is largely based on fundamental market conditions, as in other countries. According to a KPMG survey, adoption in corporate circles is also due to the positive and innovative potential that crypto reflects. increasing.