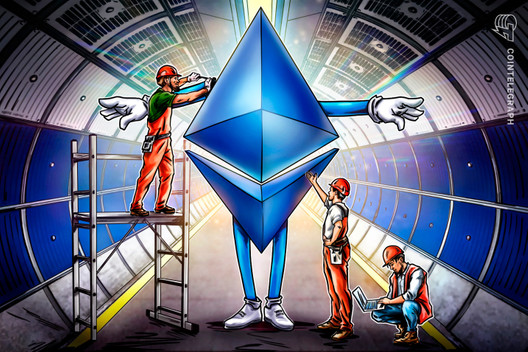 As the waters continue to settle following the much-anticipated transition of the Ethereum network to proof-of-stake (PoS), Starkware co-founder Eli Ben-Sasson shared his views on Merge happening on Ethereum and its future potential.

Interviewing Cointelegraph reporter Gareth Jenkinson at the Token2049 conference yesterday, Eli Ben-Sasson shared his thoughts on the current situation after Merge and how it has had an impact on layer-2 projects like Starkware. In addition, Ben-Sasson shared his thoughts on the proliferation of layer 2 products, the intense interest and the crypto winter.

When Ben-Sasson looked back at Ethereum Merge, he was happy that the update went flawlessly and said that everything was progressing as it should, adding:

“The most important thing was that Merge was executed flawlessly. Everything that should have happened has happened. None of the things people were worried about happened. And that is great news.”

The co-founder of Starkware also stressed the importance of Ethereum’s new network being better for the environment. Ben-Sasson says, “It reduces the carbon footprint. “This is a huge thing and also bodes well for the potential for future improvements.”

According to Ben-Sasson, Merge’s puts Ethereum in a better spot in terms of layer placement and makes it a friendlier platform for layer 2 solutions as well. Ben-Sasson also stressed that this is a crucial development for products at the Starkware company, as it sets the stage for further improvements that scaling, computational compression and other technologies can offer.

Alongside Ethereum Merge, Ben-Sasson said that most of the popularity and interest of Starkware solutions has come from projects that are successful in Ethereum’s Tier 1. This also includes NFTs, blockchain gaming and decentralized finance (DeFi). In addition, Ben-Sasson also explained his expectations for the future as follows:

“I expect that at some point, the ability to run much larger measurements with very low carbon emissions will lead to entirely new and unpredictable applications that will become more important.”

On top of all that, Eli Ben-Sasson shared that while many people describe the current state of the crypto and blockchain industry as a crypto winter, the Starkware team feels differently. Ben-Sasson said, “We feel it as a peaceful right spring transition.”