A YouTuber livestreamed an old interview with Apple CEO Tim Cook about running crypto scams. The fake Apple live broadcast in question reached tens of thousands of viewers. The video’s description and title are stuffed with a set of Apple-related keywords so that it reaches a large number of users. However, the live stream contained many link messages that essentially directed users to a crypto site that was engaged in fraudulent activities.

According to the given details, there were many signs that the live broadcast was fake in the video. “Apple Event Live. The live stream titled “Apple CEO Tim Cook: Apple & Metaverse in 2022” featured an interview CEO Tim Cook had with CNN in 2018. The publisher also He added Ethereum and Bitcoin logos to the video, covered the CNN Money logo with the phrase “Apple Crypto Event 2022”, and added a bold text field at the bottom of the video that said “Urgent News”. When clicking on the page of the channel whose name was changed to “Apple LIVE”, the link redirected users to a page unrelated to Apple. 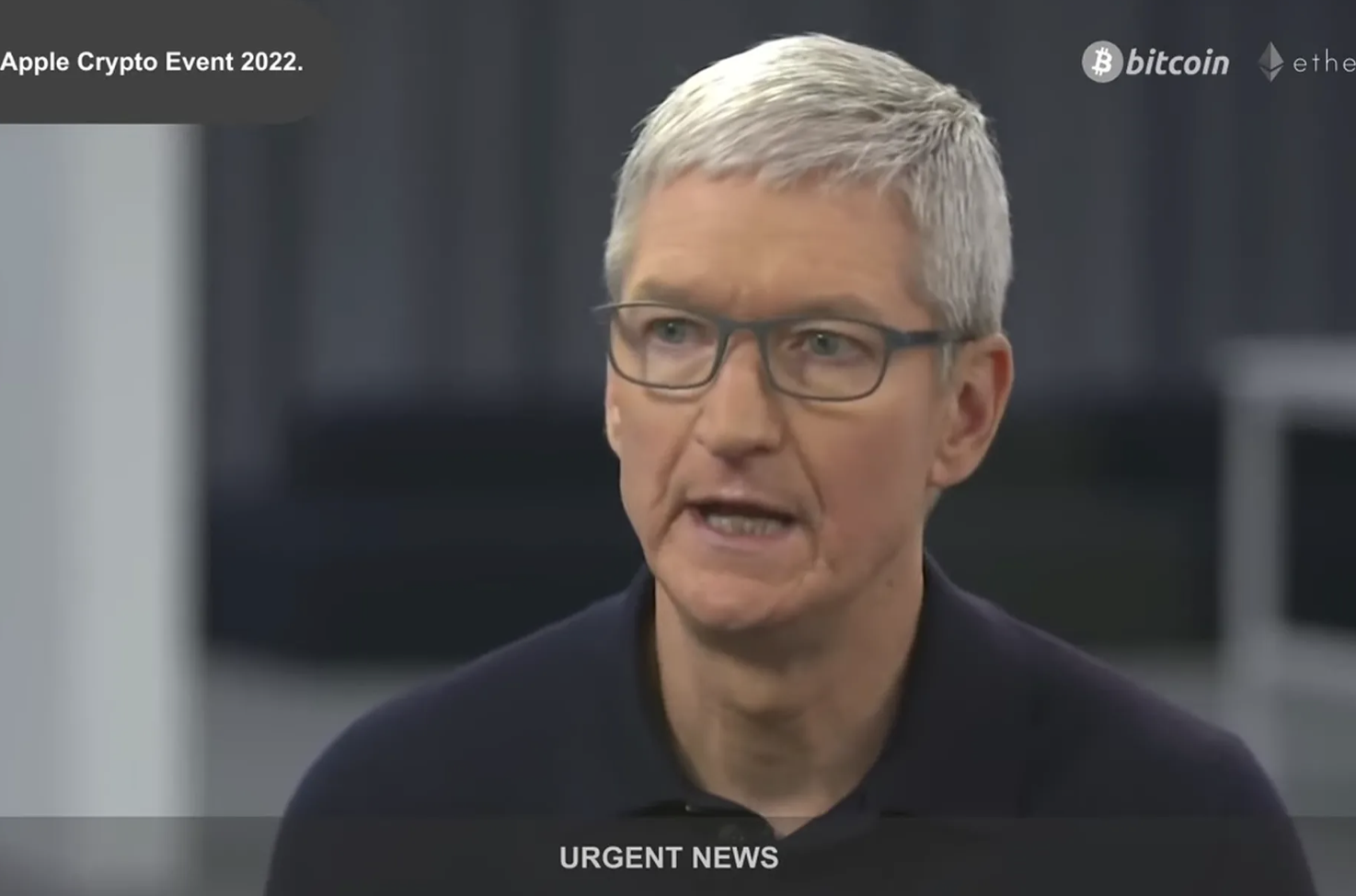 YouTube left unanswered questions directed to it on the subject. Immediately after the event was heard on social media, the broadcast was removed from the platform on the grounds that it violated YouTube’s platform policies.

On the other hand; The malicious actors behind the live broadcast deliberately chose September 7 to broadcast the video. Apple held its traditional fall event, where it introduced the iPhone 14, just hours before this live broadcast, and CEO Tim Cook was giving an interview at Vox Media’s Code conference at the time the video was released. Thus, the publication managed to attract the attention of people who were interested in the Apple event.

Apart from the live broadcast in question, another fake live broadcast video made by a channel called “Apple Inc” was detected on YouTube. The video claimed to be a livestream where Tim Cook and Tesla CEO Elon Musk talked about Apple and the ‘metaverse’. But the video essentially reposted an old interview Musk and Block CEO Jack Dorsey gave about Bitcoin. In the chat part of the video, users were directed to a fake crypto site. This broadcast reached over 10 thousand viewers.