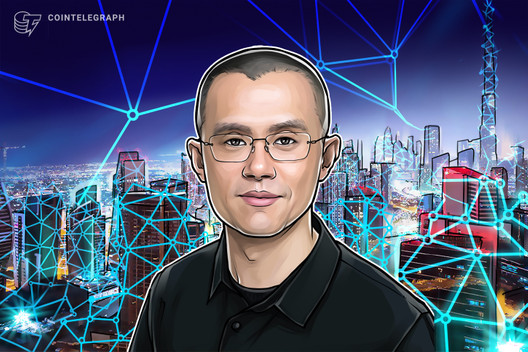 Changpeng Zhao, CEO of crypto exchange Binance, denied a report claiming that the company was meeting with investors in Abu Dhabi to raise cash for its crypto recovery fund.

CZ and others affiliated with Binance have discussed raising cash for the fund aimed at helping projects with potential liquidity problems, according to a November 22 report from Bloomberg. talked to. Zhao and the Binance team reportedly met with potential supporters linked to Sheikh Tahnoon bin Zayed, UAE National Security Advisor, while a Binance spokesperson said the meetings “focused on general global regulatory issues”. CZ opposed the report on Twitter saying it was simply false. output.

Binance CEO first announced the fund on Nov. 14 after FTX’s “liquidity crunch” and filing for bankruptcy. It is unclear how big the crypto exchange intends the fund to be. On the other hand, FTX’s bankruptcy filings show that the company has a little more than $1.2 billion in cash as of November 20, while it has more than $3 billion in debt. However, CZ stated on Twitter that the fund was never intended for liars or scammers. did.

To reduce further cascading negative effects of FTX, Binance is forming an industry recovery fund, to help projects who are otherwise strong, but in a liquidity crisis. More details to come soon. In the meantime, please contact Binance Labs if you think you qualify. 1/2

Binance and CZ became embroiled in FTX events after the exchange announced plans to liquidate its FTX Token (FTT) offering and discussed a possible bailout at the request of then-CEO Sam Bankman-Fried. Binance withdrew from the potential deal less than 48 hours after FTX filed for bankruptcy and Bankman-Fried resigned.

“If we can’t help him, there’s probably no one else who will. It’s likely that a bunch of people agreed to the deal before we did,” CZ said, referring to a November 17 conversation with Bankman-Fried about FTX.