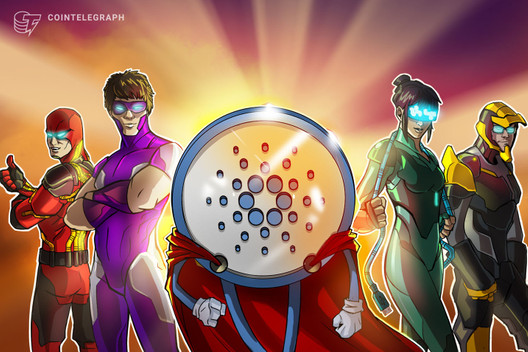 Proof-of-Stake platform Cardano has partnered with COTI to launch the over-collateralized algorithmic stablecoin. COTI is a DAG-based Layer 1 protocol.

According to the statements made, Djed will be launched in Japan in January 2023. However, Djed must first pass a series of audits and rigorous stress tests. According to the developers, Cardano (ADA)-backed Djed will be pegged to ADB dollars. It will also use SHEN as its Reserve Token.

The algorithmic stablecoin will be integrated with selected partners and Decentralized Exchanges (DEXs) that will reward users who provide liquidity using Djed. The developers plan to take a gradual and slow approach to providing ADA liquidity to the Djed smart contract in order to grow at a healthy and sustainable pace.

Shahaf Bar-Geffen, CEO of COTI, stated the following in the official announcement he made at the Cardano Summit:

“Recent events in the market have demonstrated once again that we need a safe haven from extreme fluctuations. Djed will serve as a safe haven in the Cardano network. We don’t just need stablecoins, we also need decentralized and on-chain proof of stock reserve.”

It may interest you: “Burj Khalifa” formation formed on ADA chart after 7 months of depreciation

Blockchain continues to evolve and innovate within the system, despite Cardano’s lackluster price movements. The long-awaited Vasil hard fork in Cardano took place in September 2022. The hard fork update is designed to increase the scalable and overall throughput capacity of the ecosystem, as well as help improve Cardano’s capacity to develop decentralized applications (DApp). As of the broadcast time of the news, Cardano price continues to be traded at $0.30 levels.