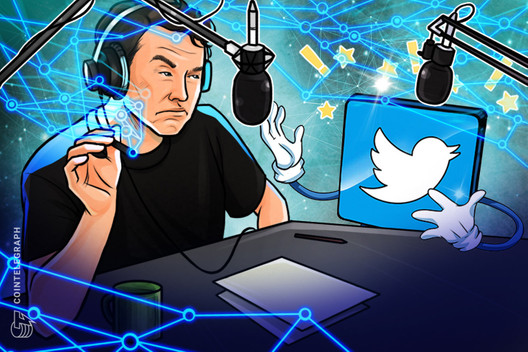 Elon Musk, who looks like a mad scientist but is actually a very ambitious entrepreneur, entered a new process of change after purchasing Twitter. The companies and brands developed by Musk are widely known not only in America but all over the world, especially Tesla and SpaceX. It would be more natural for such a business person to not interfere much in political events. Because all political views are also its customers. However, after Musk bought Twitter, he started to take sides on political issues.

Famous boss Musk has reopened some banned accounts on Twitter for being generally far-right and right-wing. He brought Trump back as well, but former president Trump has not returned to Twitter for now. The Democrat is reopening Biden’s files that were busted during the election. It brings up stories like Biden’s son Hunter’s laptop, for example. Their numbers are likely small, but some far-left accounts are banned.

Twitter’s former administration was pro-Democrat and even ultra-leftist. Since Musk broke this, you might think that it is normal for the secret files to appear to support right-wingers or Republicans. But Musk’s political messages aren’t just about Twitter. For example, she shares a photo from her bedroom. In the image, while sleeping, two guns and a lot of cans of diet coke draw attention. Thus, he gives the message ‘I am yours too’ to Republican, right-wing and even far-right-leaning groups, who are also in favor of individual armament and identify coke with the USA.

Musk has chosen his place as well as politics. Republican and positioned on the right. In fact, it fills the void left by Trump from time to time. For example, he sends sarcastic tweets to Alexandria Ocasio-Cortez, a left-wing activist and congresswoman. Or it even tries to get a handle on foreign policy and end the Ukraine war. She puts forward views close to Russia’s theses. Just like Trump would do if he was still in power.

There are three effective focuses in American politics at the moment. The first group is those who want the continuation of the existing order, namely the ‘establishment’. They support the current unlimited minted dollars. They are also divided among themselves. A) Globalist capitalists and B) Private or government bureaucrats and some workers. Globalist capitalists and financiers want unlimited dollars to continue. If the US cannot maintain its dominance in the world with unlimited dollars, it plans to replace it with the IMF and its unlimited money, the SDR. Workers and mostly bureaucrats and their extensions in academia have always used unlimited money by the capitalists, and they say, let’s use the planners. Its theoretical name is MMT (Modern Monetary Theory). The Democratic Party and various liberal and left factions are in this group.

The second group, which is opposite to this, is those who think that everything would be better if the money and industrial economy returned to its old pure days. These are Trumpists, some Republicans, and other factions shifting to the far right. They think that the dollar should be tied back to gold and that the US should abandon the global gendarmerie and focus on its own internal affairs as it was before the World Wars. Entrepreneurs are mostly national capitalists, the middle classes that support them, and some sections of workers.

In fact, the wishes of the 1st group and the 2nd group are at the level of imagination. The current order based on unlimited dollars and the US being the only superpower cannot be maintained, nor can we go back to the old days. What will happen is that the Knowledge Economy will progress and destroy the outdated ‘Money and Industrial Economy’ and with it the current ‘World Order’.

There is a new 3rd group in the USA who sees this fact. These are Knowledge Economy workers and leaders. In fact, this segment has not yet severed its ties with the 1st and 2nd groups. However, over time, they will be further separated from the groups that represent this old order. Elon Musk is actually a leader from this 3rd group. However, it shows that the ties with the 2nd group are still very strong.

The 3rd group is not very strong yet. His voice does not come out as loud as other segments. They think that the future of the USA and the world will be shaped by technology. They see the great change in the money order that has become inevitable. Their preferences are also on the side of limited production currencies such as gold and Bitcoin.

Elon Musk probably wants to get the US presidency by bringing together the 3rd group and 2nd group segments. His latest political moves tell us that. Can it succeed? We’ll see.

Let’s set up a scenario and assume Musk has come to the office of president. Crypto assets are very positively affected by such a development in the first place. After all, Musk’s huge Tesla company still holds Bitcoin on its balance sheet. It is also known that the famous boss’s love for the Doge. Not only crypto, but also physically limited coins, gold and silver, are positively affected by such a development. Because, while buying Bitcoin for Tesla, Musk stated in the letter he wrote to the supervisory institution SEC that he could buy not only Bitcoin, but also all assets, including gold, which is an alternative to the dollar.

However, in this scenario, the initial positive effect may turn negative in the future. Because Musk is a personality who takes extreme risks from time to time, loves speculation in the markets and even tries to manipulate with verbal guidance. When these features come together with the extreme volatility of cryptocurrencies, it can create very suspicious events and even scandals.

What do you think? Would you like Elon Musk to be president of the USA?