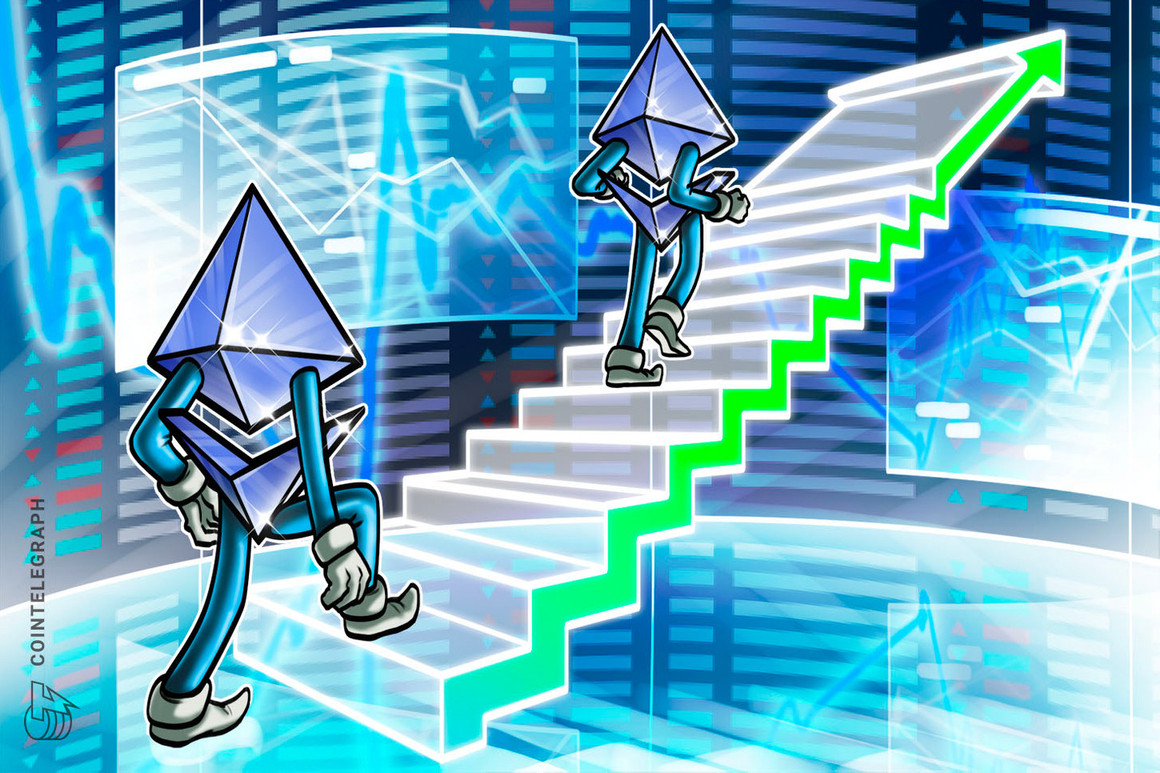 Ethereum (ETH) futures market investors expect the price of Ether to rise despite the “buy the rumor, sell the news” event after the Merge.

Merge, the biggest update in the history of the blockchain network, resulted in the fix as most investors expected. According to Tradingview data, ETH, which was trading above $ 1,650 during the transition to the proof-of-stake (PoS) network, fell to $ 1,280 over the weekend.

A Week on the Chain released on September 19 by Glassnode to the report Accordingly, futures and options market investors were prepared for this correction. In the perpetual futures market, investors were paying funding rates of -1,200 percent per annum for short ETH positions prior to Merge.

The funding rate is a mechanism used to establish a balance between the buyer and the seller in the perpetual futures market. The market majority party pays the other party based on real-time updated funding rates.

You may be interested in: What are perpetual futures contracts? 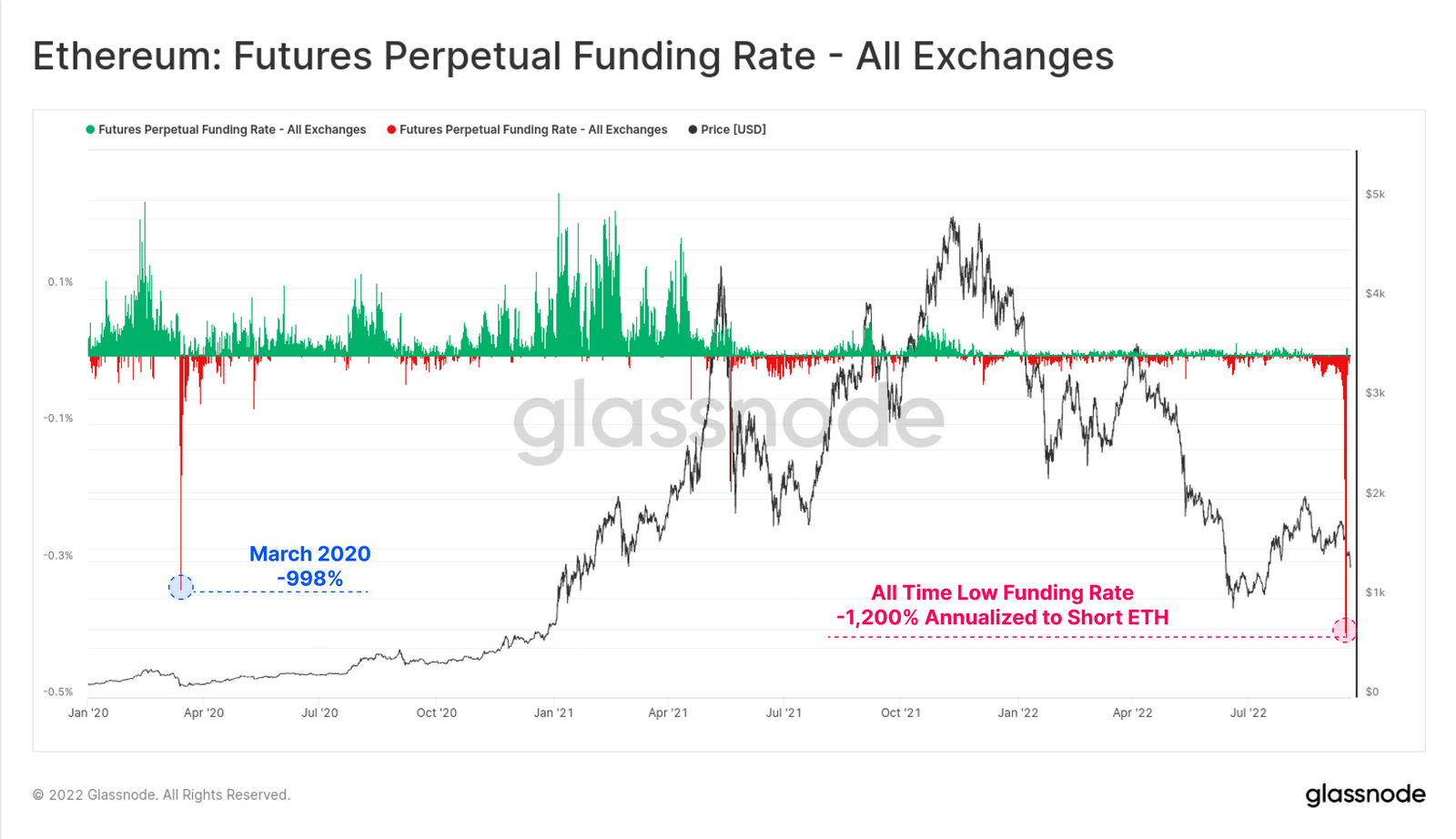 The -1,200 percent funding rate means that an overwhelming majority among pre-Merge investors expect a drop in price. For comparison, during the sudden crash caused by the COVID-19 outbreak that had just erupted across all markets in March 2020, the funding rate dropped to -998%.

Funding rates on the ETH perpetual futures market have been neutral since Merge, according to Glassnode, indicating that short-term speculation has largely disappeared.

Ethereum futures market open interest fell 15% in dollar terms, from $8 billion post-Merge to around $6.8 billion. On the other hand, the decline in Ether price should also be taken into account when evaluating this data.

When open positions are evaluated in terms of ETH, it is seen that there has been an increase of almost 80 percent since the beginning of May, when the collapse began in the $ 40 billion Terra ecosystem. The record-breaking funding rate shows that investors increased leverage rather than decreasing it in the previous week, indicating that they preferred to take risks, and indicates the robustness of the price increase expectation. 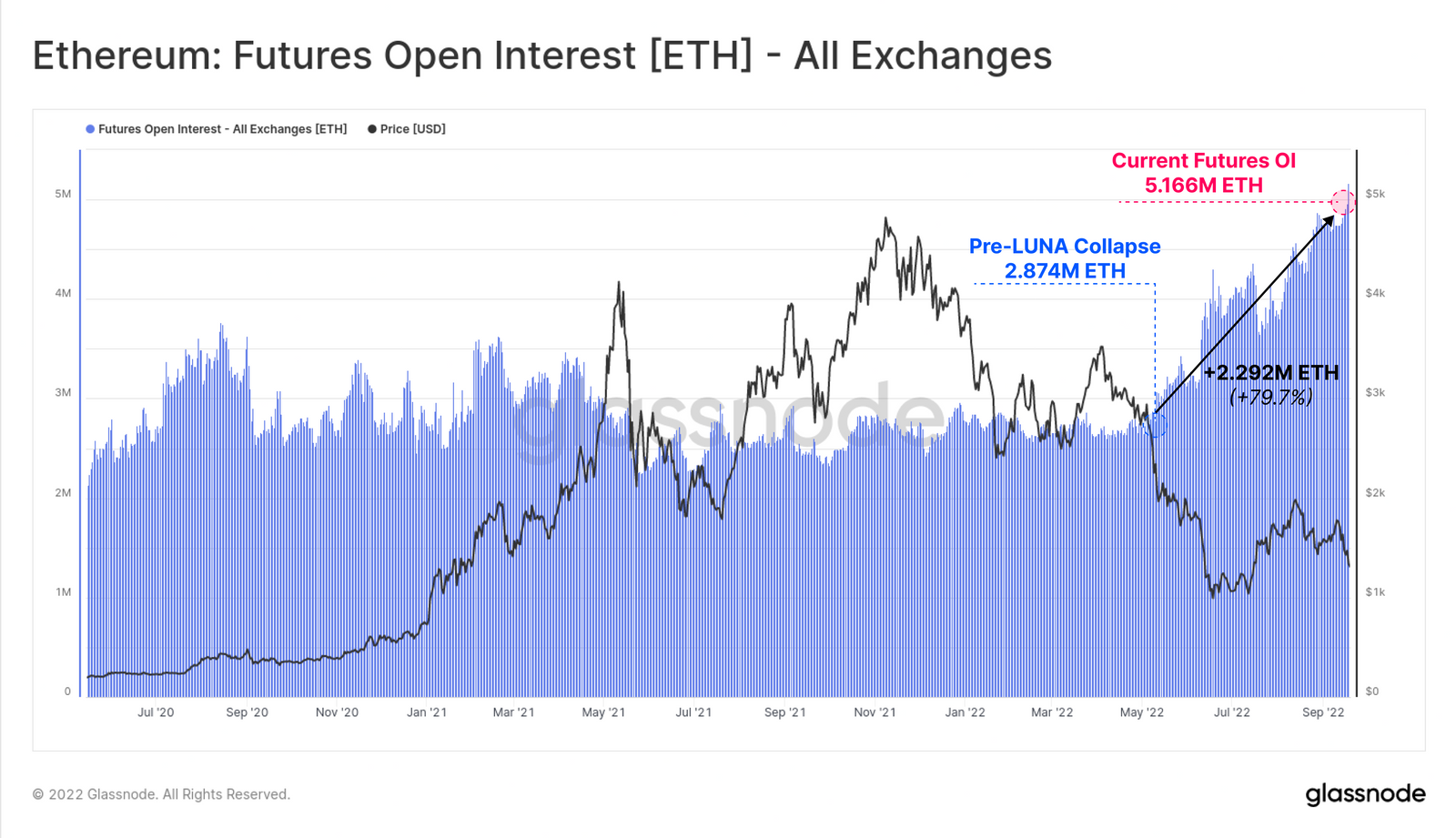 Glassnode commented on the outlook for the Ethereum futures market:

“ETH markets in many respects appear to be heavily traded, highly leveraged and bullish despite a 22 percent correction.”