More importantly, Ether underperformed Bitcoin (BTC) by 33 percent between May 10 and June 14, 2022, with a similar event last occurring in mid-2021. 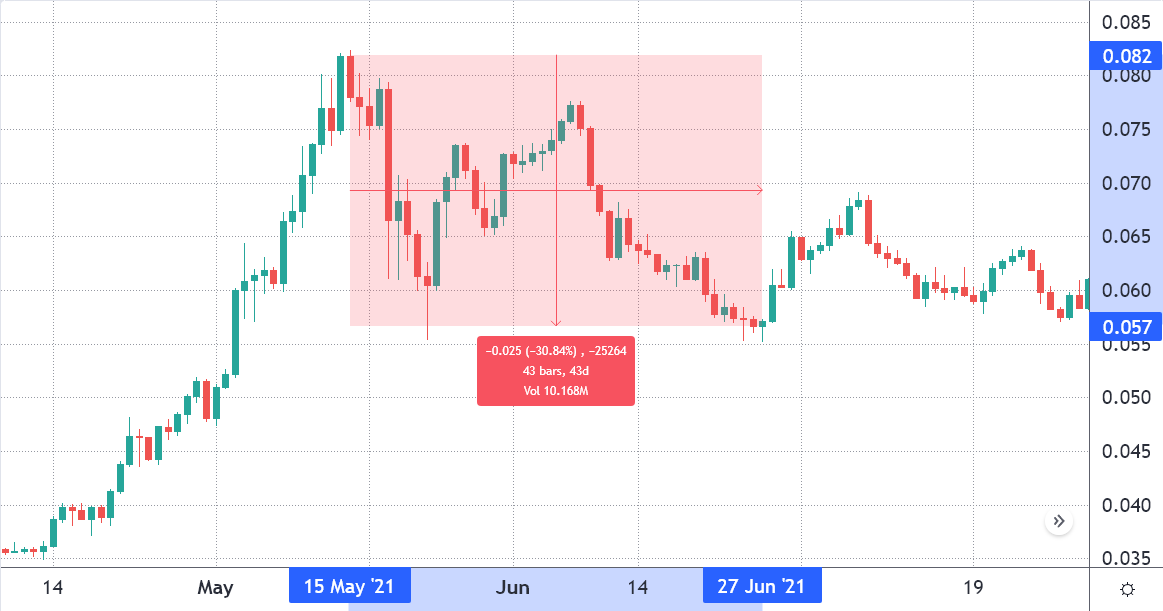 The ETH/BTC pair between Bitcoin and Ether oscillated in a narrow range two weeks before peaking at 0.082. During this period, the total amount of assets (TVL) locked in the Ethereum network had skyrocketed from $42 billion to $93 billion in two months.

What’s behind Ether’s poor performance in 2021?

Before coming to conclusions, it is necessary to take a broader perspective to understand what led to the 31 percent correction in the ETH/BTC pair in 2021. The number of active addresses can be a good starting point.

The data point to steady growth in active addresses, rising from 595,620 in mid-March to 857,520 in mid-May. Therefore, the increase in TVL value not only surprised the investors, but also increased the number of users.

Ether’s 31% lower performance against Bitcoin in June 2021 reflected a period of cooling in the Ethereum ecosystem after unprecedented growth. The result of the ether price was devastating, followed by a 56 percent correction from this “DeFi summer”. 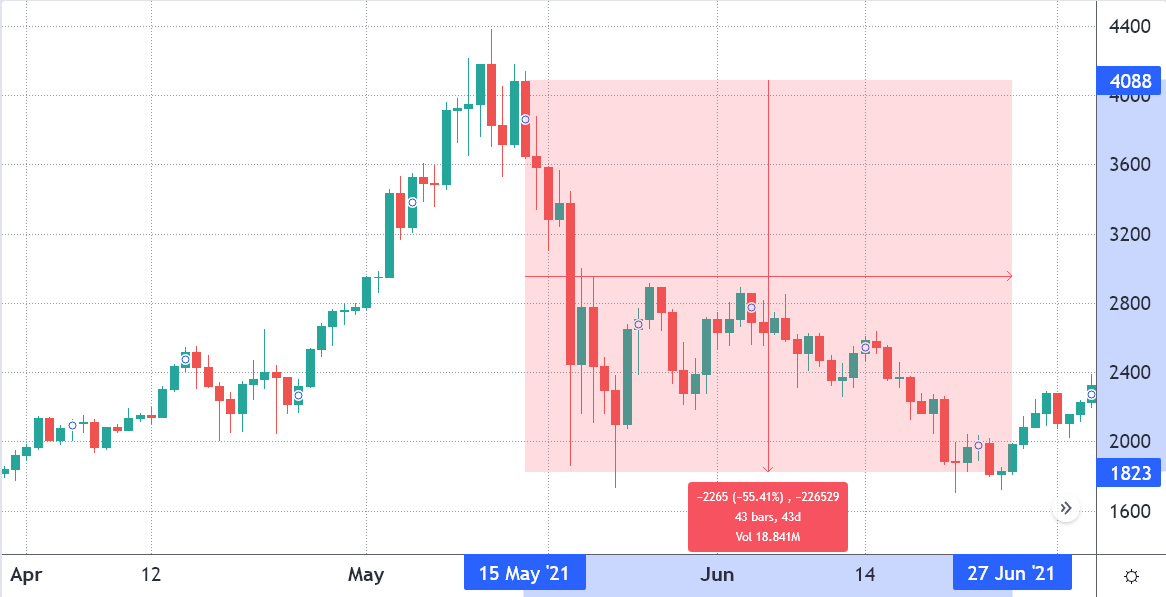 To understand whether Ether is going a similar path, it is necessary to compare the current data. In this context, those expecting a 31 percent pullback against the Bitcoin price bought this altcoin in a cycle close to $1,800 on June 27, 2021, with the price increasing 83 percent in 50 days.

Is Ether giving a buy signal?

Prior to its 33 percent negative performance against Bitcoin this year, the Ethereum active address indicator was bearish.

As of May 10, 2022, the Ethereum network had 563,160 active addresses, which is a low compared to the past few months. This is in stark contrast to the mid-2021 movement that occurred as the Ether price accelerated its losses in BTC.

Despite the relatively flat number of users, the Ethereum network can be considered growing by offering a higher TVL.

The total amount of locked assets in the Ethereum network. Source: Deflation

The data shows that on May 10, 2022, the value of TVL on the Ethereum network fell to $87 billion from $102 billion the previous month. Thus, there is no correlation between the mid-2021 cooldown after the “DeFi summer” and the current 33 percent drop in Ether price versus BTC.

These data show no resemblance between the two periods, but $1,200 could also be a cycle low. If true, the move will depend on factors other than the use of the network.

Given how weak active addresses and TVL data were before the last price correction, traders should be extra careful when trying to predict the bottom.