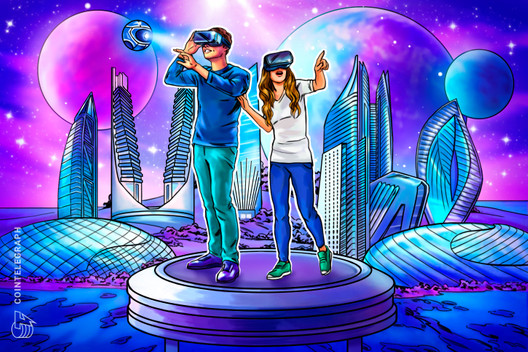 While the bride and groom physically held their wedding in a real-world hotel with some guests, their digital avatars were also featured in the Sandbox metaverse, and the wedding could be viewed remotely by guests attending. The digital avatar of Sebastien Borget, Co-Founder and COO of The Sandbox, who got married in Metaverse.

The couple, who had their first kiss virtually after being announced as husband and wife, left the metaverse and continued their celebration offline.

Palm Beach gets its own NFT restaurant

Downtown West Palm Beach, located in the US state of Florida, has started to host a new NFT restaurant, the Vinyl Fish Club (VFC).

Using blockchain technology, Vinyl Fish Club uses NFTs as membership symbols to enable diners to attend special events both on and off the premises, and access room services.

Customers with a special membership are given access to a special food menu, whiskey tastings, and VFC’s private room for after-hours cocktails and tastings.

In addition, the restaurant’s NFTs are offered at a base price of Ethereum (ETH), limited to 50 units.

On the other hand, while the restaurant is open to the public, Vinyl Fish Club said it will prioritize private members when it comes to finding a spot.

Mojang Studios, the creator of the world famous game Minecraft, takes a stance against the integrations of NFTs. Despite this, a metaverse-focused company has incorporated NFTs into many games, including its own Minecraft server.

However, Japanese game giants continue to prepare for blockchain games to become mainstream, despite possible reactions from the gaming community.