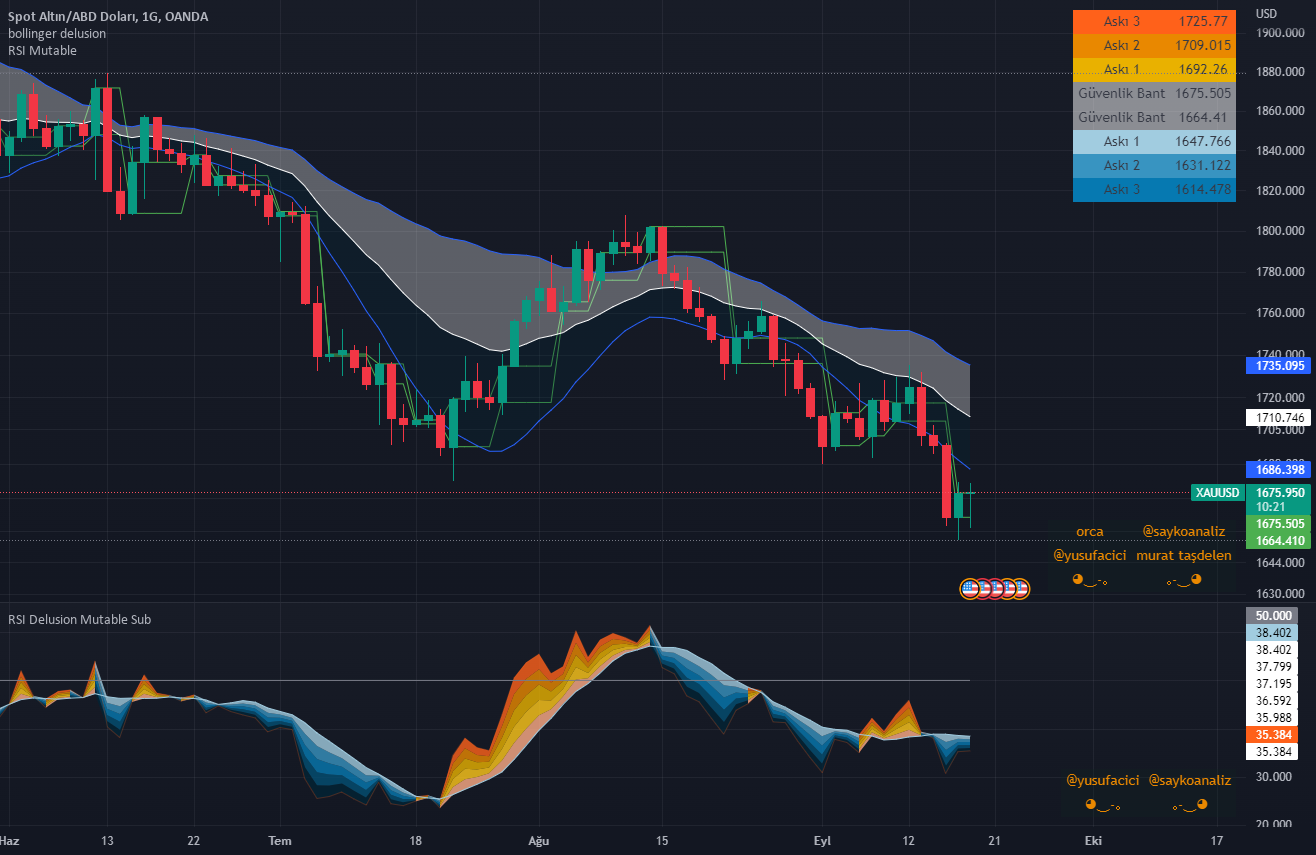 RSI According to the DELUSION Mutable indicator, GOLD oscillating in the band compression values ​​of 1675,85 / 1664.00 dollars;
The Bolinger Sub-Band value is 1686 in the 20-day period on the daily charts, 40 and can be given as the critical threshold value for gold. Feature 1710.74
level is important to be able to say that the rise has started.

Gold is still in a bearish formation for the long term. RSI For friends who will make hit-and-run with daily buy-sell approved by the band, they can trade according to the hanger / band values ​​created by our indicator at the top right of the screen.

As Sayko Analysis team, we wish you a good week and good luck to our friends who will enter the process.