US-based technology giant Apple introduced its newest products and services at the “Far Out” event it held a short time ago. Among the introduced products; The new iPhone 14 smartphone series, AirPods Pro 2 wireless headphones model, Apple Watch Series 8 smartwatch model, new Apple Watch SE and Apple Watch Ultra also took place. The most interesting products of the event were the new iPhone models, as every year.

While the iPhone 14 series is offered to users with prices starting from $ 799, the most expensive model of the series with 1 TB of internal storage space, the iPhone 14 Pro Max, took its place on the shelves with a price tag of $ 1,599. In Turkey, the entry model of the series was offered for sale at 30 thousand 999 dollars, and the highest priced model at 57 thousand 199 dollars. After the prices were announced, crypto enthusiasts turned their eyes to Bitcoin statistics.

According to recent statistics on Bitcoin and iPhone prices; Bitcoin was trading at a price close to the iPhone price in 2016, when the last iPhone 7 was introduced. In 2016, users could buy an iPhone 7 for one Bitcoin. The popular cryptocurrency gained serious momentum afterwards, rapidly increasing its value. So how many iPhone 14s can a person who bought a Bitcoin in 2016 buy now? 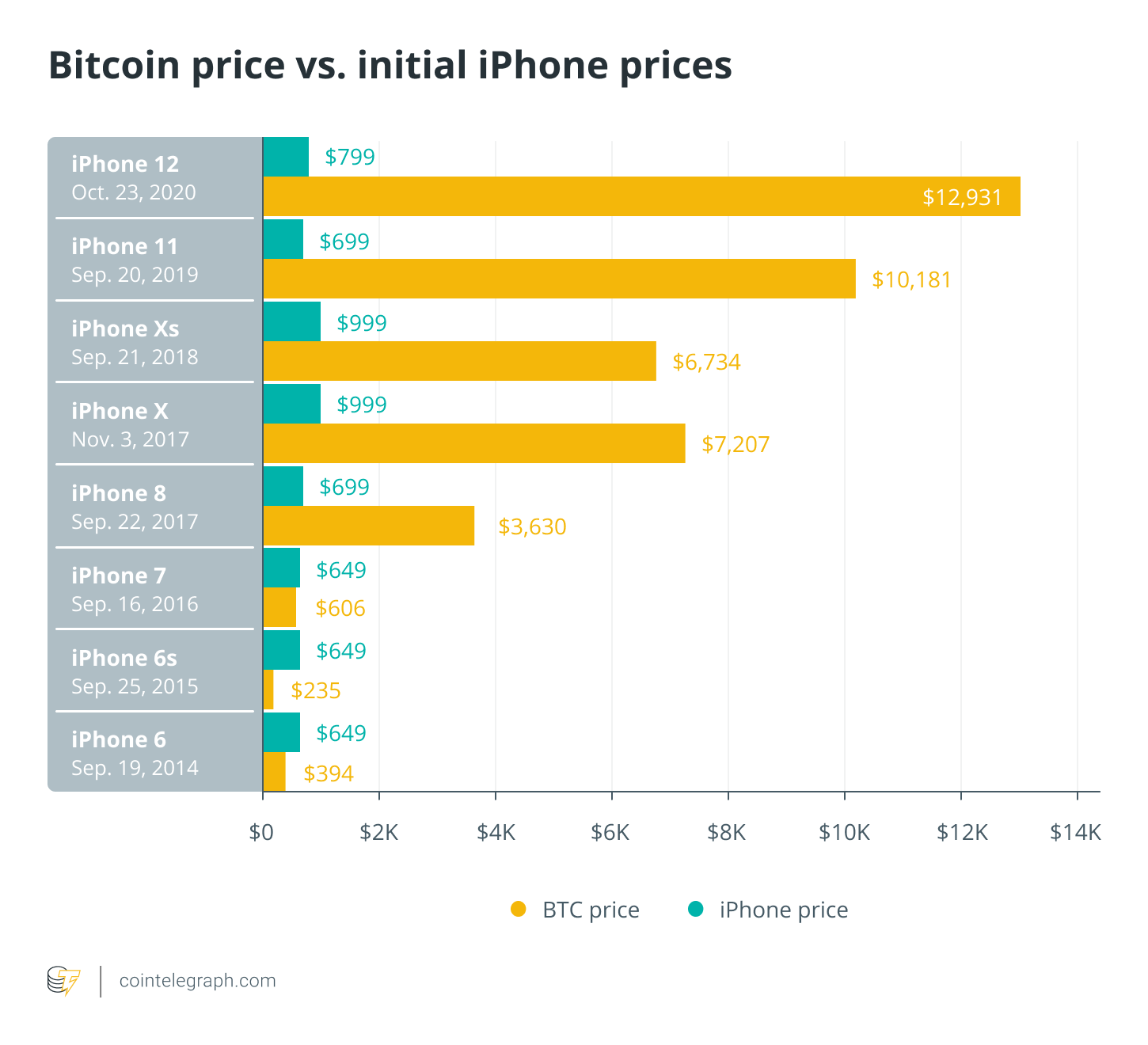 Although Bitcoin reached an all-time high and broke a record by reaching $70,000 last year, it was adversely affected by the crypto winter that gripped the markets in 2022 as investors tended to avoid risky investments due to high inflation rates. The popular cryptocurrency has been trading at around $20,000 recently.

When the 20 thousand dollar band is considered as the average value, it is seen that users can buy 25 iPhone 14s in the global market with 1 Bitcoin. Bitcoin can buy 12 of the highest-priced iPhone at the moment. In Turkey, these numbers decrease to 11 and 6, respectively, depending on the exchange rate difference and tax rates.

Smartphones are used for an average of 3 years

On the other hand; According to Statista data, users use their smartphones for an average of 3 years before purchasing a new model. However, technological products lose value from year to year as they wear out as their useful life increases. Bitcoin, on the other hand, is far from returning to its value in 2016 despite all its ups and downs. According to analysts; All these data are promising for the purchasing power and future of the crypto market despite the loss of confidence and negative outlook brought by the crypto winter.