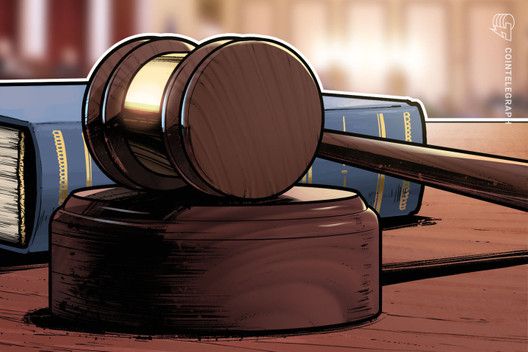 Terraform Labs, the company behind the Terra (LUNA) blockchain, has claimed that South Korea’s lawsuit against Do Kwon has turned political and has expanded the definition of securities in response to public pressure from prosecutors.

A spokesperson for Terraform Labs told The Wall Street Journal on Wednesday, September 28. in a statement made“We believe that this case has become highly political and the injustice of the actions of Korean prosecutors and the failure to protect the fundamental rights guaranteed by Korean law,” he said.

South Korean prosecutors issued an arrest warrant for Do Kwon on September 14 for violating the countries’ capital market laws. However, Terraform Labs, known as Terra Luna Classic (LUNC), has prepared a defense that Terra is not a legal security under capital market laws.

The company spokesperson also claimed that prosecutors expanded the definition of securities due to intense public pressure stemming from the collapse of Terra, now known as TerraClassicUSD (USTC), and the algorithmic stablecoin TerraUSD (UST), which is linked to it.

“Like most in the industry, we believe that Luna Classic has never been a security, despite any changes in interpretation that Korean financial officials may have adopted recently.”

However, Terraform Labs is making these claims because it stems from the uncertain regulatory position of cryptocurrencies and the companies that create and issue them.

Currently, the capital market and electronic securities systems in the country, non-standardized securities issued via a blockchain do not have legal recognition.

On the other hand, South Korea is trying to regulate this area by preparing guidelines for tokens, which are securities by the end of 2022, with its financial regulator, the Financial Services Commission (FSC).

A government report leaked last May revealed that South Korea has plans to make its crypto legislation public by 2024.

Finally, Kwon’s whereabouts are currently unknown, and Terraform Labs has not made a statement about Do Kwon’s whereabouts due to his physical security. However, Kwon has made statements that he has made no effort to hide, even after the red notice was issued by Interpol.