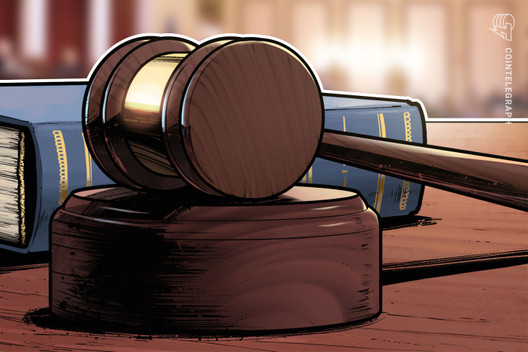 A few days after CryptoLeaks leaked sensational information regarding the crypto industry, prominent crypto lawyer Kyle Roche has filed to withdraw from some of the crypto class lawsuits he is handling as attorney.

Case released on August 31 documentation According to the famous lawyer, he will no longer handle Roche Freedman’s class action lawsuits.

The law firm has also applied to withdraw Roche from lawsuits involving Tron and Global Trading.

wow. A few days after being the subject of a controversial undercover video, @KyleWRoche Has withdrawn as counsel for the Tether/Bitfinex argument. This filing says he’s no longer part of his firm’s class action practice. pic.twitter.com/ihrT41h9DQ

Tether and Bitfinex, of which Roche is an attorney case The law firm that applied to

However, this does not mean that the cases in question were dropped, as the cases could continue without Roche.

Roche has been the subject of the scandalous video leaks of CryptoLeaks recently. Speaking in the video, Roche is seen saying that he is collaborating with Ava Labs to take down their competitors using the legal system.

Making a statement on August 30, Roche denied the allegations and stated that the unfounded allegations were made by the defendant, whom he had clashed with in an old case. told.

Ava Labs CEO Emin Gün Sirer also made a statement on the same day and denied the accusations, which he called “ridiculous conspiracy theories”.