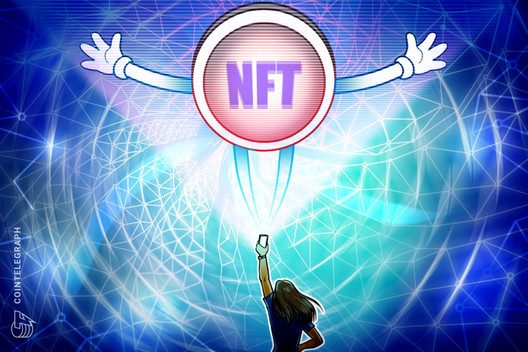 A new NFT marketplace will be available on the Terra Classic network today. ‘MIATA‘, the platform will begin its journey by producing 2,000 MetaGloria NFTs. MetaGloria, which is basically a “Play-Win” genre role-playing game (RPG), will be released in early 2023. Developed by Ukrainian programmers, the game will aim to attract gamers to the crypto industry and burn off the excess supply of Terra Luna Classic (LUNC). Burns will reduce the overall supply by moving ‘coins’ to a wallet that can only receive money and cannot be sent and permanently removed from circulation.

According to the transferred details; Within the scope of the MetaGloria project, 2 NFT collections consisting of a total of 3 thousand NFTs will be produced. NFTs will give players more than 100 individual traits. When the game is released, users will be able to contribute to the LUNC burn by exchanging their LUNC assets with the GLS token used in-game.

Other NFT collections will be released at MIATA

On the other hand; MetaGloria became the Terra Classic network and one of the other NFT projects released at MIATA. Recently, LUNC validator HappyCattyCrypto also announced that the NFT collection named LUNCPenguins will be released on MIATA. It was stated that the NFTs in the collection consisting of a thousand NFTs will cost 200 thousand LUNC printing fees. It was also underlined that this fee corresponds to approximately 34 dollars currently.

According to other shared information; Terra ecosystem and Terra LUNA, which gained great momentum at the beginning, experienced a major collapse in May of this year and resulted in the removal of over $40 billion from the cryptocurrency market. In response to the growing concerns of investors, some cryptocurrency exchanges and platforms such as Binance have begun to implement burn mechanisms to reduce the total supply of LUNC and improve its price performance. The Terra Classic community evaluated MIATA as an important move towards this goal.