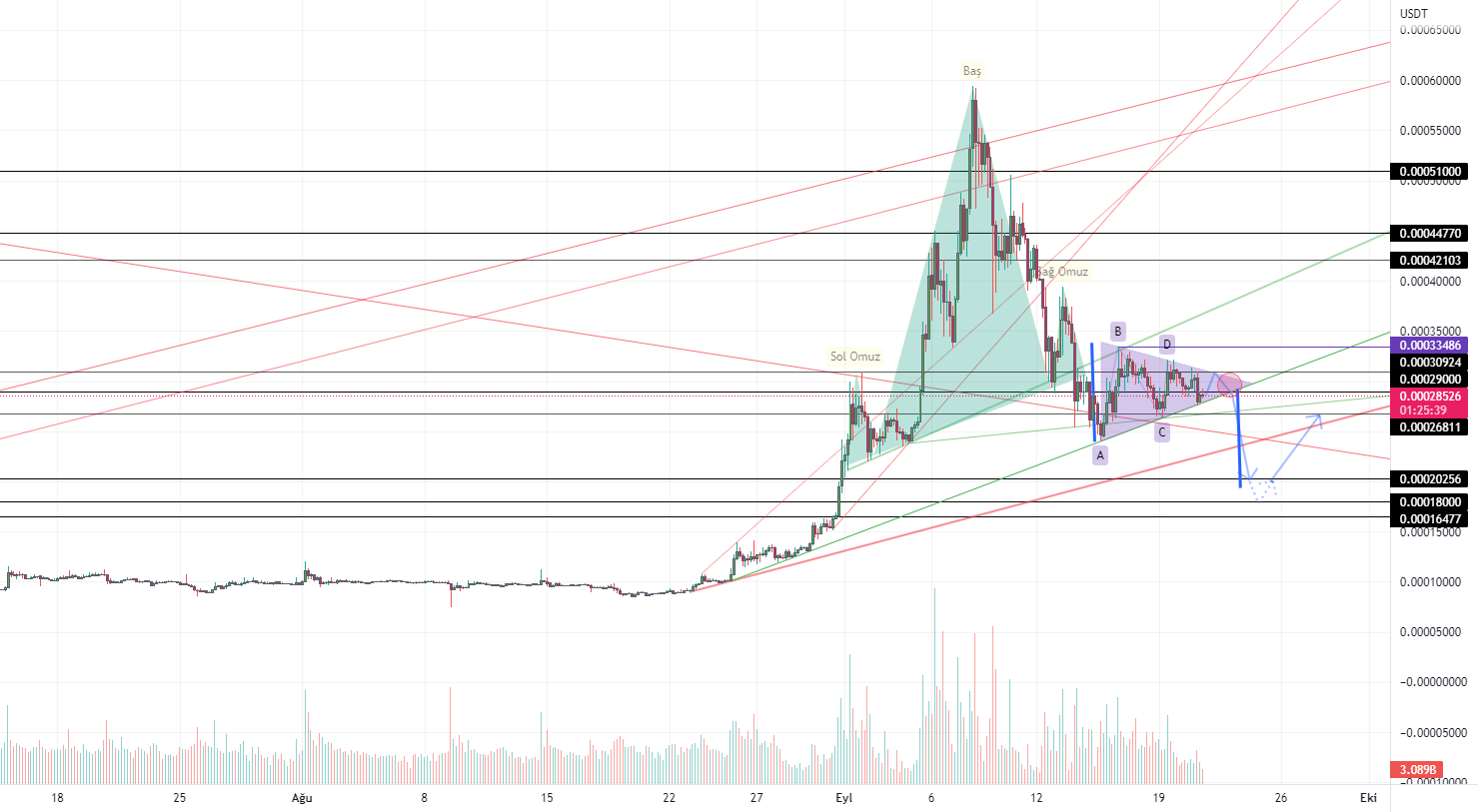 LUNC is up to date 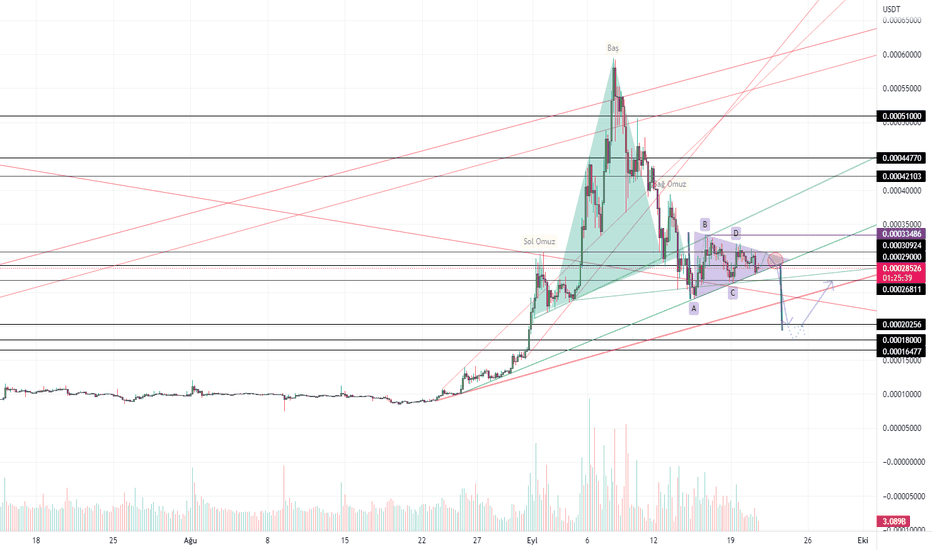 We wrote a lot of comments on the old post in the attached link, we can continue by sharing the final version to make it more understandable.

Another pattern is the purple triangle formed in the retest. There should be a breakdown from the region I indicated with the red ring. Assuming that it falls from the break point by the height of the triangle, it points to the same region where OBO should fall.

After the declines of both formations come to an end, they can react with a rise of around 50%.

These are the comments I made with my observations and knowledge. YTD.