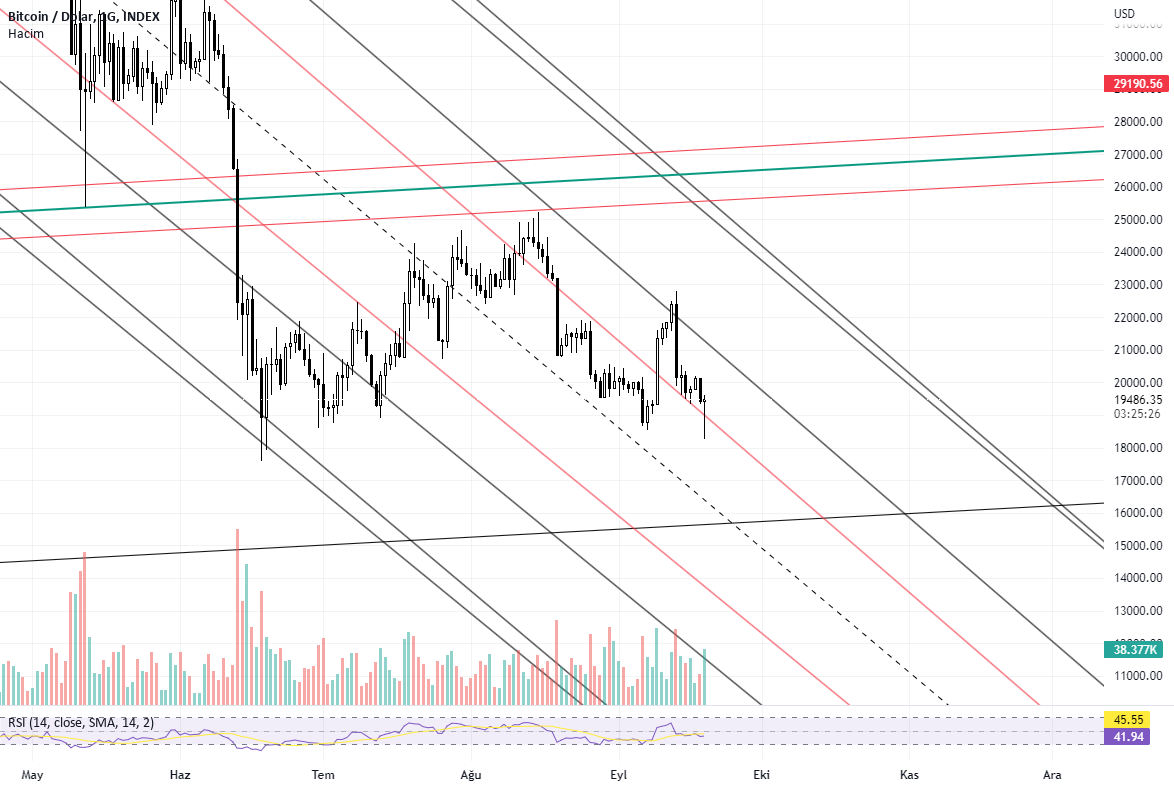 Yes, first of all, I would like to thank everyone who has supported/supported me so far. I hope I have been of some use. I would like to state that this analysis is my last analysis and I will not post for a long time. The main reason why I never say buy or sell on shared charts is that I never want anyone to lose because of me.
Let me talk about myself a little bit about myself. In general, after dealing with short-medium term price action in the beginning, I questioned myself and wondered if it is possible to know the support/resistance in the long term, either mathematically or by any means. I tried a lot of indicators, I wonder if the indicators can do this. I tried to use price action together with indicators and geometric studies. I tried to see if the golden ratio could be found in time with the bottom/peak, I was also interested in Fibonacci numbers and Fibonacci corrections in the same way. This is maybe possible, but unfortunately I haven’t figured out what the best method is yet.
—
Coming to the idea at the end (I’ll tell you when my tongue turns.)
There is a channel, as you can see, this channel is the falling channel.
There are divergence points as resistance in the upper and lower band of the channel. Inside, there are two black and two red lines and a middle band. If you look, these lines have seriously acted as support/resistance.
—
So what is real support/main resistance? that is, if you ask if there is no horizontal support outside the channel, when you enlarge the graph, the big channel appears.
Again, the midpoint of this channel acts as serious support/resistance and the most important line is the middle band, the blue line. If it passes this point, you know that if the bull cannot pass, I will not say bear. Such sentences are very risky and should not cause great harm to people.
We can also show the big channel like this

This channel is also Search There are deflection points on the lines. I still have the same expectation from the two black lines in between.
It was similar to this in my previous work, but I saw that there are many lines. Since I think it looks confusing, I think it is best to specify the places a little more neatly and with more information.
—
Finally
Thank you very much for the Tradingview chat. I was an outside watcher and later learned many things thanks to you. I hope this work will be successful in the future.
Not investment advice 🙂