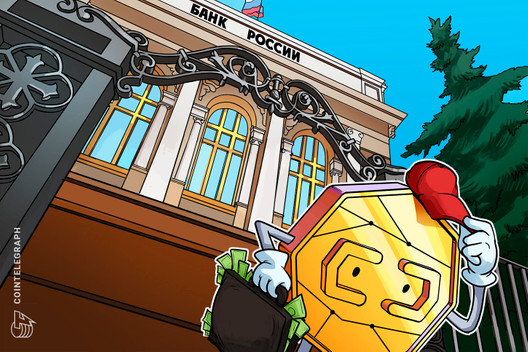 Elvira Nabiullina, Governor of the Central Bank of Russia, stated that they are ready to consider allowing cryptocurrencies to be used in the country. But only as part of a legal experiment.

“It is possible to consider transactions through an authorized body in the country as part of an experimental legal regime, but this will require a relevant law,” Nabiullina explained at the Central Bank of Russia press conference on December 16.

Nabiullina stressed that the Central Bank of Russia’s primary objection to crypto is that it cannot always be used as a means of payment. Nabiullina also added that the central bank is concerned about investor protection as the crypto market is highly volatile.

Alexey Zabotkin, Deputy Governor of the Russian Central Bank, believes that while the central bank does not formally prohibit Russian citizens from investing in crypto, the mass adoption of crypto will inevitably lead to its use as a payment method. Zabotkin made the following statements on the subject:

“If you allow cryptocurrencies to circulate freely within the country, then you inevitably allow them to be used more widely as a means of payment as ownership expands. It will be close to impossible to prevent this.”

The latest news has brought some clarity as to why the central bank has taken a negative approach towards the adoption of crypto as an investment vehicle in the country.

Russia’s largest crypto law On Digital Financial Assets officially banned Bitcoin (BTC) cryptocurrencies in 2020 for being used for payments. It is worth adding that the law in question does not prevent citizens from investing in crypto, but crypto exchanges in the country remain unregulated.

Although the Russian Government is not willing to allow Russian citizens to use decentralized financial instruments such as Bitcoin locally, it also seems to want to reap the benefits of decentralization at scale. President Vladimir Putin, on the other hand, criticized the monopoly in global financial payment systems last November, calling for an independent, blockchain-based settlement network.