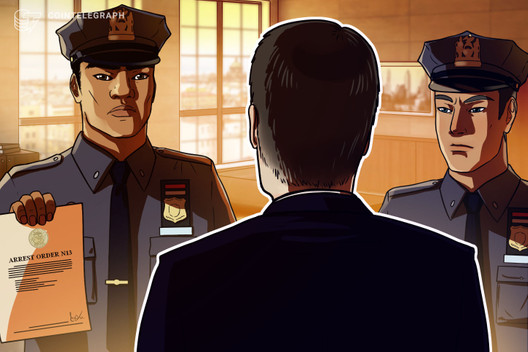 Bithumb, one of the country’s largest crypto exchanges, came under the scrutiny of investigators after company executives’ allegations of embezzlement.

According to the country’s local news outlet Infomax, South Korean prosecutors requested an arrest warrant on January 25 for Kang Jong-Hyun, the head and owner of cryptocurrency exchange Bithumb. Kang is wanted for alleged embezzlement related to stock market activities.

The Financial Investigation Division 2 of the Seoul Southern District Procuratorate convicted Kang and two of Bithumb’s executives on charges of embezzlement and abuse under the Severe Penalty of Certain Economic Offenses Act on the same day. The managers of the stock exchange additionally accused him of making illegal transactions within the scope of the Capital Markets Law.

Cointelegraph reported on January 10 that Bithumb was subject to a “special tax investigation” by the South Korea’s National Tax Service. Kang is under investigation for manipulating the stock values ​​of Bithum affiliates Inbiogen and Bucket Studio by issuing convertible bonds concurrently with the incident. Vidente is currently Bithumb’s largest shareholder with 34.2%.

Park Mo, Bithumb’s largest shareholder, was found dead outside his own home on December 30, 2022, following investigations into his role in embezzlement from Bithumb-related companies. It is speculated that Mo may have committed suicide due to the accusations against him.

After all these developments, Lee Jung-Hoon, the ex-president of Bithumb, was found guilty of a fraudulent charge of $ 70 million related to his activities in Bithumd. The exchange is one of the largest cryptocurrency exchanges in South Korea, with an average trading volume of $467 million in 24 hours.