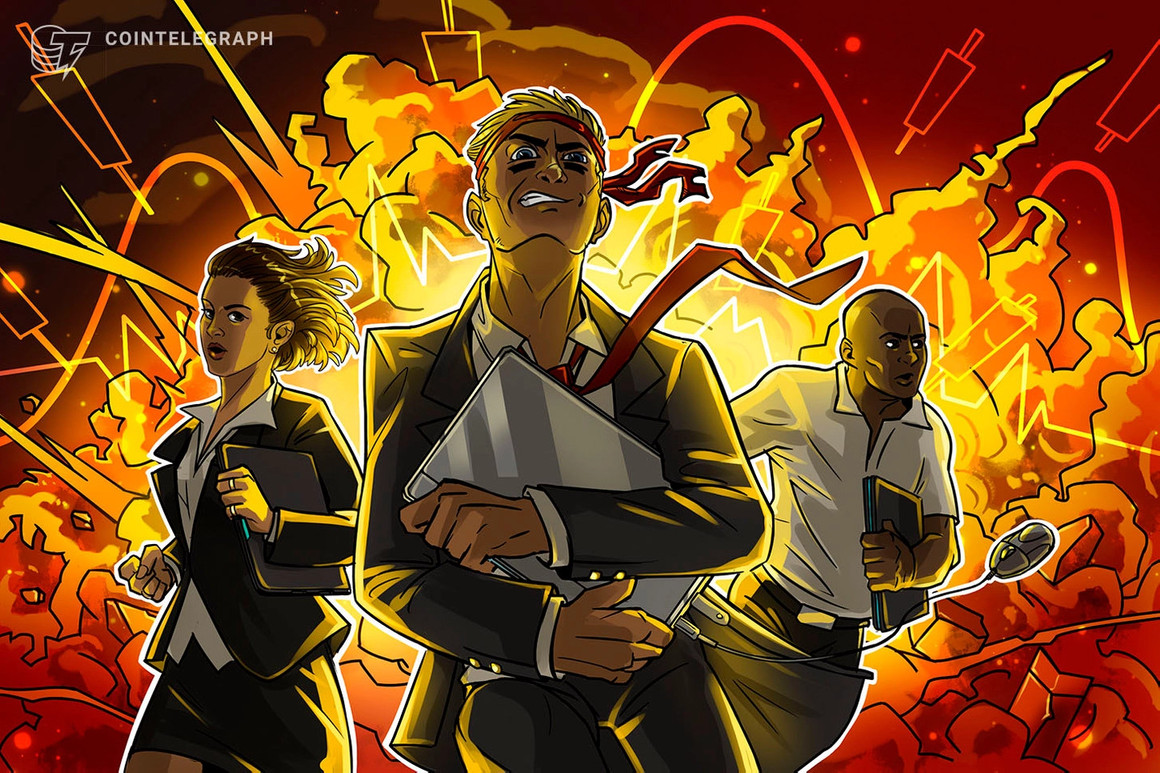 The crypto market entered the third week of September with most cryptocurrencies falling. The total value of the cryptocurrency market has slumped below $1 trillion, with many digital assets experiencing double-digit losses in the past 24 hours.

Almost half a billion dollars have been liquidated in leveraged transactions in the past 24 hours in the crypto market, which has been subject to sharp drops. According to Coinglass data, a total of $431.51 million short and long positions opened by 130,087 investors were liquidated. However, $ 44.5 million Bitcoin (BTC) position was liquidated, while $ 8.39 million was liquidated in Ethereum (ETH).

In the last 24 hours, it was observed that there was an average of 10 times liquidation difference between long and short positions. Investors who opened long positions suffered most of the losses.

The current declines in the market are attributed to many macroeconomic factors, such as the consumer price index (CPI) data released on Tuesday, September 13, which shows that inflation is still not slowing down. Bitcoin price lost almost $1,000 immediately after the CPI data was released. Since then, although the cryptocurrency market has been bullish this past weekend, it has been swept up in blood by a sudden surge of bearish earlier today.

US inflation shows persistent US retail inflation w/acceleration at August core. Headline drops less than forecast to 8.3%, while Core CPI rose to 6.3%. pic.twitter.com/ZAhxPUlvjn

On the other hand, higher CPI data is expected to be announced following the Fed meeting scheduled for September 21. According to experts, the biggest interest rate hike in the last 40 years can be made in order to control the rising inflation.

Ethereum Merge, which took place on September 15, was also considered by many as a “buy the rumor, sell the news” event, and it was said that the ETH price would rise to $2,000 before Merge and drop to $1,300 after Merge.

The majority was right. the #Ethereum Merge was a sell the news event.

With both stocks and the cryptocurrency market showing a similar bearish trend, famous investor Clark likened the current market conditions to the 1970s.

Also worth noting, leading into this, market behavior is on par with previous years in terms of realized vol.

Nov-December should be good months.

(Past returns not predictive of future results) pic.twitter.com/KKOKEIIvis

Clark said that the market may start to rise again in the coming November and December. Therefore, the cryptocurrency market may experience another rally in parallel with the stock markets towards the end of 2022.