Tether, which ranked first in the list in transaction volume, traded 40 percent more than Bitcoin, which ranked second during August. The trading volume of the popular cryptocurrency reached $1.54 trillion last month. With this; Statistics indicated that Tether’s market cap increased from $66.2 billion to $67.5 billion in 30 days. Bitcoin, on the other hand, ranked second with a monthly transaction volume of $1.1 trillion. 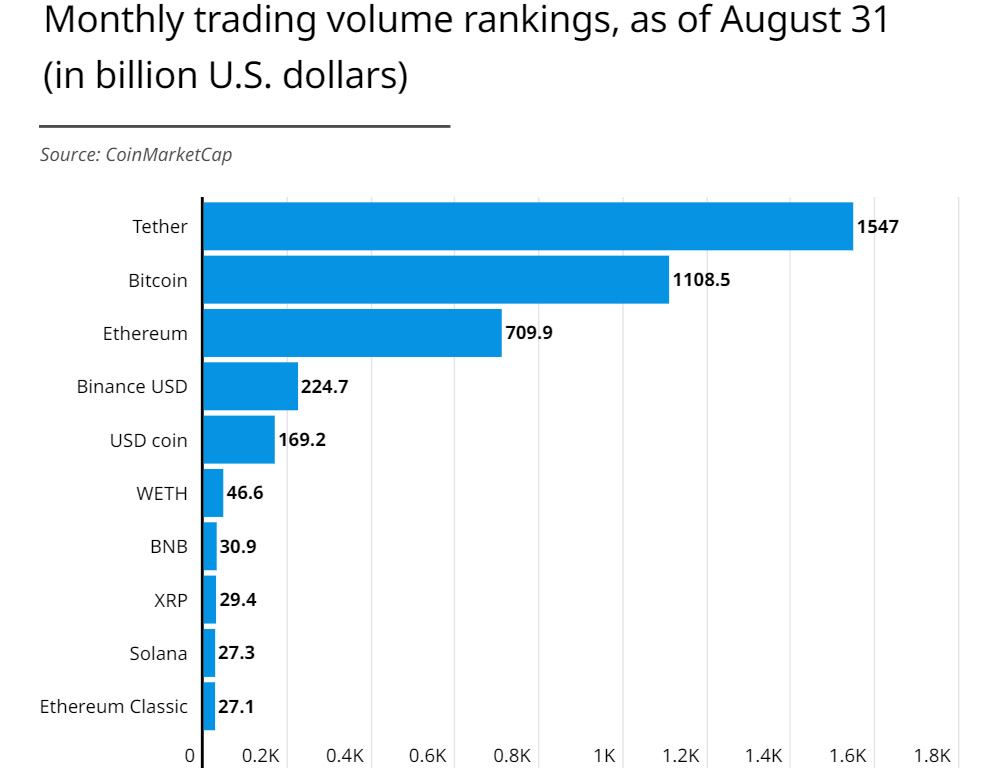 All cryptocurrencies except BNP lost value in August

According to other shared information; The monthly transaction volume of Ethereum, which is in third place, approached $ 710 billion last month. Ethereum, like Bitcoin, witnessed a price drop from $ 1,666 to $ 1,580 in August. The market value of the digital asset, which is the second most expensive cryptocurrency in the world, also fell from $ 201.3 billion to $ 193.9 billion in the same month.

CoinMarketCap also pointed out that all cryptocurrencies except BNP experienced a depreciation and market cap drop in August. The value of BNP alone rose from $285 to $288 during the month. The popular cryptocurrency also managed to increase its market cap from $45.9 billion to $46.4 billion in August.