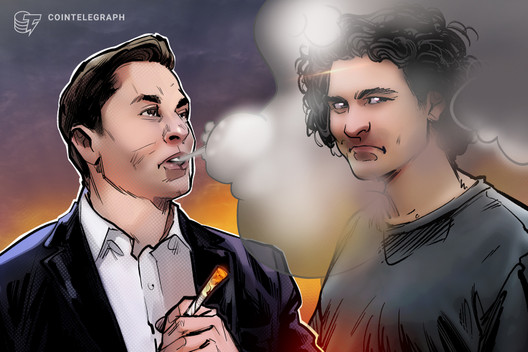 Two big players in the tech industry have seen their fortunes melt by billions of dollars in just weeks, partly due to their own business decisions.

Former CEO of cryptocurrency exchange FTX Sam Bankman-FriedHe had a net worth of $24 billion in March. While it is seen that the net worth of SBF decreased to $ 16 billion as of November 7, the businessman is no longer Bloomberg Billionaires IndexIt is not included in . Crypto and stock trading platform Robinhood, FTX companies, and SBF, which has stakes in Alameda Research, may face serious financial difficulties in the coming days, according to reports.

FTX’s liquidity problems have taken over the entire crypto space in the past week. Bankman-Fried made a statement that “assets are good” on November 7, but later deleted his post. SBF announced that it had signed an acquisition agreement with its likely rival Binance, which it later accused of “undermining with false rumors”. But Binance soon abandoned the deal. FTX announced yesterday that it has filed for bankruptcy in the US and CEO Sam Bankman-Fried has resigned.

Anto Paroian, CEO of crypto venture fund ARK36, told Cointelegraph, “FTX has been one of the central crypto entities that declared bankruptcy in the bear market. I hope both the industry and individual crypto users learn from this experience.”

Tesla CEO Elon Musk had a net worth of more than $300 billion before he bought Twitter for $44 billion. It’s estimated that Twitter’s new owner could have up to $1 billion in interest expenses per year.

Bloomberg Billionaires Indexshows that Musk’s net worth has dropped by more than $86 billion in one year. Elon Musk has a net worth of $184 billion at the time of publication.

A plan to charge users for blue ticks on Twitter could put the social media company at risk financially. Fake accounts that get blue ticks for free have been trying for a long time, such as fraud by imitating famous names on the platform.

It’s like this now, I’m sure advertisers will stick around pic.twitter.com/OE8PZxA5zx