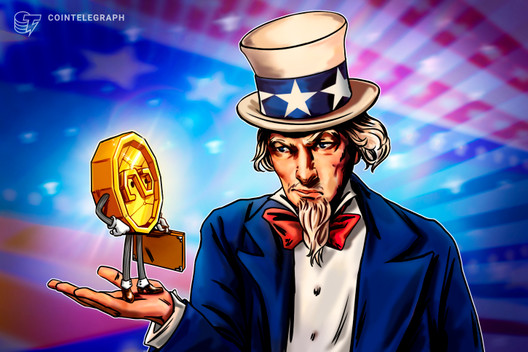 A bill prepared by the US House of Representatives could ban new algorithmic stablecoins like TerraClassicUSD (USTC) for two years, which has lost its index to the dollar in recent months, causing turmoil in the entire crypto market.

Bloomberg The current version of the bill, seen by , could make it illegal to issue new “structurally collateralized stablecoins.”

On the other hand, the bill will give existing algorithmic stablecoin providers two years to change their stablecoin model and find another form of collateralization.

This definition would encompass stablecoins that allegedly rely on the value of another virtual asset from the same issuer to ensure price stability and are marketed as being convertible into cash and repurchasable at a fixed price.

It is a question mark whether the bill will also cover stablecoins such as Synthetix USD (SUSD). created. Because SUSD is currently collateralized with the SNX token of the same protocol. Other algorithmic stablecoins with a similar structure include BitUSD, backed by Bitshare (BTS).

Those well-educated on crypto understand that Terra doesn’t represent all stablecoins, Celsius wasn’t DeFi, 3AC had nothing to do with the technology, etc.

But as in all things, it’s a lot harder to engage with those nuances than to simply say “crypto bad, regulate it to death.”

The bill also requires the U.S. Department of the Treasury to research algorithmic stablecoins and consult with the Fed, the Securities and Exchange Commission (SEC), the Federal Deposit Insurance Corporation, and the Office of the Controller of Money.

The bill could be put to a vote starting next week.